Home > All symposiums > Putting the Past Onstage Again

This conference examined several different aspects of the Comédie-Française Registers Project (CFRP), which is based above all on the idea of the "corpus."  The first day of the gathering was devoted to the artistic exploration of the repertory, as several performances of Old Regime plays were staged at the Vieux Colombier theater in Paris.  The second day allowed us to examine the results of the project in the scholarly domain, where new insights arose by moving from print inquiry to digital explorations of the project database.  The third day offered not only a methodological and critical reflection on the notion of "corpus," but also a set of "hacks" of the database created by programmers working alongside scholars.

This conference, conceived above all as a space for encounters and trans-disciplinary and inter-professional experiments, opened up the numerous possibilities offered by the CFRP, and made the participants aware of the different types of outcomes made possible by this type of project. 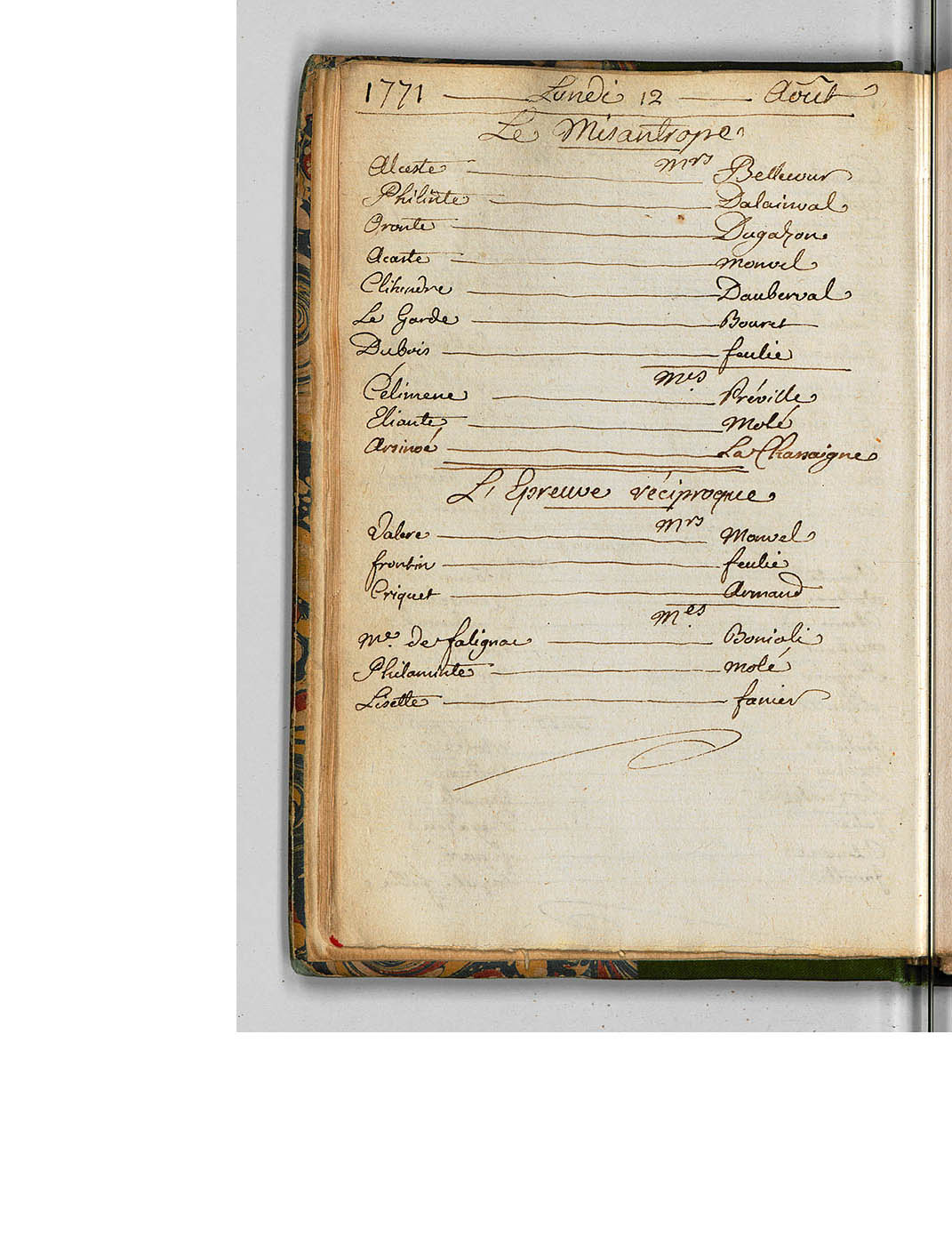 Programme of the symposium "Putting the Past Onstage Again" (pdf - 1.52 MB)