In 2014, two major research programs on uses, representations and legacies of the past, and the relationship between the past and the present, embarked on a path of unprecedented cooperation.

In France, from the cluster of excellence: Pasts in the Present: History, Heritage, Memory, supported by the University Paris Ouest Nanterre La Défense, which combines several research units and heritage institutions of primary importance . In Britain, from the Arts and Humanities Research Council: the Care for the Future: Thinking Forward Through the Past research theme.

Between these two programs, which combine both long and short-term research projects, there are many thematic and methodological affinities, including their shared interdisciplinary orientation, their new forms of partnership with heritage institutions, their support for early career researchers, their expertise in the definition of cultural policies related to the past, and their development of transnational research perspectives and international cooperation".

The labex (Laboratoire d'Excellence), Pasts in the Present and the Care for the Future program have therefore decided to work together to create the conditions for cross-border and transnational research.

For the next two years, the planned cooperation between the two research programmes will consist of two main actions :

The terms of this cooperation were developed by two working groups, drawn from the advisors and partners for both research programmes, the first meeting in Nanterre in February 2014, the second in London in late June 2014. The recommendations of those working groups have subsequently been approved by the sponsors or partners of the two research programmes and their respective boards.

Those workshops are open to researchers and practitioners / professionals in heritage institutions interested and involved in the two programs. Forty people will meet for two full-day Franco-British research workshops. In total, the workshops aim to run 3 sessions for 120 people.

The format is designed to enable a full and friendly exchange of experiences and ideas: two days of work, during which there will be formal presentations and discussion, as well as plenty of time for more informal discussions, and debates in other formats (recordings, films or film clips, screenings, visits).

The objectives are twofold. On the one hand: through presentations on current or proposed research, to enrich the research of the two programs, including the development of transnational research perspectives. On the other hand: to create opportunities for building strong partnership networks across the two programmes among both researchers and partner organisations.

Collectively the workshops will seek to address a more general question, "What type of histories does the present want or need?” Addressing this more general question will help the programmes to generate new thinking regarding the relationship between history and the past, and the relevance of that relationship for the present and future. The workshop series will address this more general question from the diversity of disciplines, and promote exchanges and collaboration across those disciplines. It will also encourage participants to develop comparative and transnational approaches, including those related to globalization and the circulation of knowledge globalization induces.

First workshop: “Delving back into the past to look into the present and future"
Royaumont Foundation, Val d'Oise, France, on 16 and 17 January 2015

Theme 1: The Language of Research

This theme will explore the linguistic and conceptual apparatus required to make connections between past, present and future – the different understandings of key concepts and terms across societies and cultures, and how these concepts and terms translate into research. What, in French and in English, do we understand by the terms: "history", "heritage", "memory", “patrimony”, "intangible heritage," "trace," "archives", "indications", "signs," "remains," "ruins", etc. What do these terms signify in the vernacular or popular usage as well as academic discourse? What meanings do they carry in the arts and humanities as well as the social sciences and how far do these differ?

Language requires attention. As shown by The European Vocabulary of Philosophies (Barbara Cassin[1]), etymological analysis alone does not account for the movement of concepts between different societies and across different cultures, or account for their mutations and transformations in new contexts. Here our analysis will not be limited to French and English, but be open to non-western and non-European approaches.

More broadly, the workshop is expected to situate the concept of heritage in contemporary societies, exploring how heritage relates to the related yet unstable notions of “memory” and the "public", and the critical yet contested relationship between “the past”, “history” and “heritage”.

The objective of this first workshop theme is to create a common understanding of current research issues, questions and problems relating to contemporary uses of the past between the LABEX and AHRC programmes.

Theme 2: Envisaging the Archive of the Future

With the same objective as the first exploratory theme, namely to sketch a common understanding of current research issues, questions and problems regarding the future of the archive across the LABEX and AHRC programmes. The second workshop theme will take up the question of Archives: how, in a digital age, are archives to be maintained and curated for the future? How – in the past as well as the present – have ideas about the “future” emerged through and from the archive? Should the archive may more attention to cultural constructions of the past or the cultural constructions of the future? How have archives been transformed by taking into account their future uses? How has digitization and the development of digital archives changed archival practices? What effect has digitization had on thinking about the longevity of the archive? 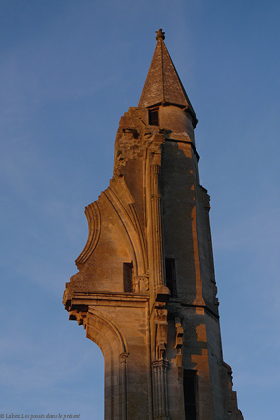