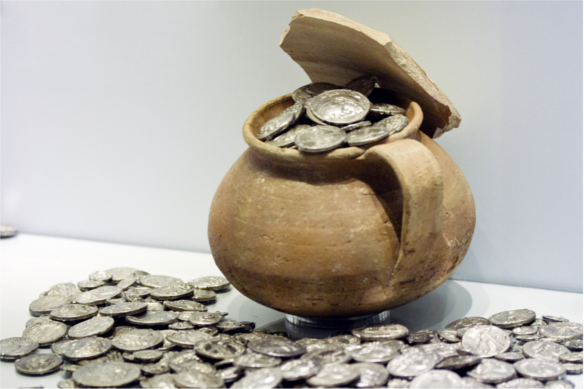 The OPAL project explores the possibilities offered by Linked Open Data and the Semantic Web to preserve and make available the physical heritage of a world that transcends the modern nation state and which is currently under threat. It takes as its focus the coinage of Alexander the Great, a unique and utterly transformative phenomenon across an area from the modern Balkans to Afghanistan and India. Coins issued by Alexander and in his name after his death exist today in the millions, scattered in collections across the world. But they are also the victim, as small pieces of precious metal, of wanton destruction and looting in their source countries. The OPAL project will place online a corpus of 5000 coins of Alexander in the collection of the Ashmolean Museum in Oxford and the Bibliothèque nationale de France in Paris. It will do this in such a way as to create a framework of Linked Data resources that will allow their two collections to be virtually united for the first time, and that will create an extensible platform for the eventual incorporation of hundreds of thousands more coins in collections in other countries. As part of this massive, international dissemination it also seeks to contribute data to an existing project based in the United States, and with collaborators in Germany. Having established this platform, the project will also seek both to study the historical and economical impact of the coinage of Alexander and to advertise its existence and, using OPAL as a case-study, to investigate the role of such initiatives and such technology in the preservation of a heritage that transcends the national. To this end a two day conference will be organized with participants from the world of Museums, Libraries and Universities. A particular strength of the OPAL project is that it brings together the cataloguing and Linked Data strengths of a National Library with the research culture of a major University.