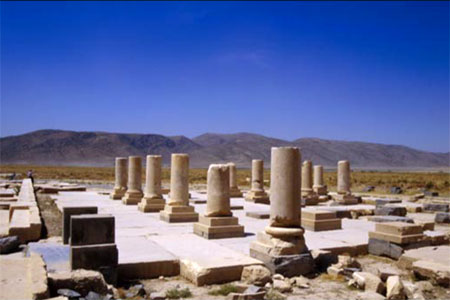 Founded by Pierre Briant in the last trimester of 1999, during his election to the Collège de France, the Achemenet site was previewed during the International Assyriology Meeting at the Collège de France in July 2000. The program’s objectives and intentions were detailed in a call for collaboration (en français and in English) that is still pertinent today. Despite the renewed interest in the Achaemenid period and despite the upswing in publications, the situation for Achaemenid studies remains as fragile now as in 2000. With the exception of the Wouter Henkelman’s teaching of Achaemenid Elamite at the Ecole Practique des Hautes Etudes (EPHE), there is no chair in the world officially dedicated to Achaemenid history--and the number of chairs in Iranian studies has been diminishing. The existence of the collaborative platform Achemenet remains, thus, as indispensable now as in the 2000s.

The first objective remains the orderly gathering of primary documents. The fusion of two existing sites (Achemenet and MAVI) under the single name Achemenet will permit the presentation of written, archeological, and iconographic documents (as high-resolution images) on the same platform. As demonstrated by a large number of new corpuses integrated into this entirely refreshed platform (demotic, Babylonian, and Elamite documents; new museum collections; etc.), the objective remains to strengthen this data base, which is entirely searchable and/or by subset.

Housed at the Musée du Louvre, between 2012 and 2016, the program and the site are now developed by the ArScAN-HAROC CNRS team based in Nanterre.